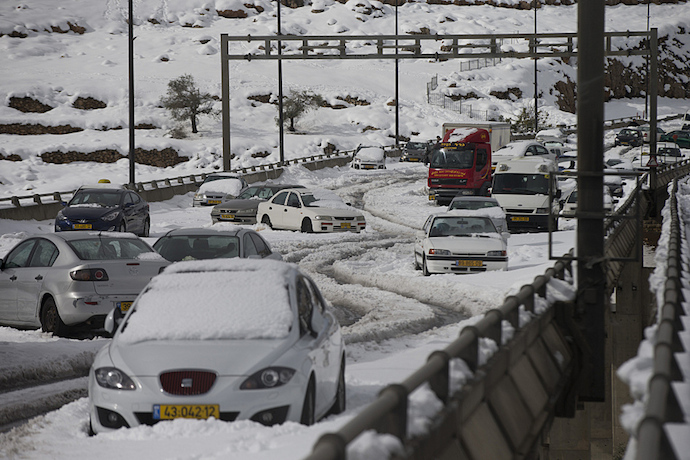 “The massive three-day winter storm that slammed Israel over the weekend finally came to an end on Sunday, though its effects were still being felt throughout the country, especially in Jerusalem and the Galilee.